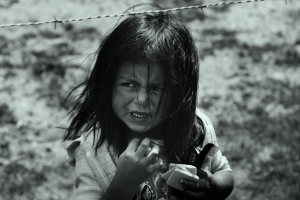 This afternoon, a federal judge in Maryland quietly handed down a victory for new DACA applicants. The judge in the case, Casa de Maryland v. U.S. Department of Homeland Security, has ordered the government to restore the Deferred Action for Childhood Arrivals (DACA) program to its pre-September 2017 status, meaning that first-time applicants can now apply for Deferred Action and an employment authorization document from the United States Citizenship and Immigration Services.

What was this lawsuit about?

The Casa de Maryland v. U.S. Department of Homeland Security lawsuit was brought on October 5, 2017, in the U.S. District Court for the District of Maryland, to challenge the Trump administration’s revocation of the Deferred Action for Childhood Arrivals (DACA) program. The plaintiffs were a group of nonprofit organizations and DACA recipients who sought to enjoin (stop) the federal government from terminating the DACA program. The plaintiffs argued that the Trump administration’s 2017 rescission of the program was motivated by discriminatory animus toward individuals from Mexico and Central America. They also argued that revoking DACA violated Fifth Amendment due process and equal protection, and the Administrative Procedure Act.

In response to the lawsuit, the government filed a motion to dismiss the lawsuit. On March 5, 2018, the judge ordered the government to stop using or sharing information provided by DACA applicants for enforcement or deportation purposes, but declared that the Trump administration’s rescission of the DACA program was valid and constitutional.

Today, on remand in accordance with the U.S. Supreme Court’s June 18, 2020 decision holding that rescission of DACA was arbitrary and capricious in violation of the APA, the judge’s decision “restores DACA to its pre-September 5, 2017, status…”

How does this decision affect the status of DACA? Can I apply for Advance Parole?

The decision restores the original 2012 DACA program in its entirety. This means that those eligible to renew their DACA can continue to do so. Also, USCIS should begin to accept applications from individuals applying for DACA for the first time, though USCIS has not yet released information or guidance on the process to do so. Advance parole, which allows DACA recipients to travel abroad with permission, should also become available again. However, it is important to note that the court order makes no mention of advance parole. Therefore, it does not explicitly mandate USCIS to accept applications for advance parole. In addition, in certain situations it may not be advisable for a DACA applicant to apply for advance parole. Individuals who believe they may qualify for first time DACA or advance parole should speak to an attorney or accredited representative to understand whether they are eligible.

Can I apply for DACA for the first time?

Yes. The ruling explicitly requires the government to reinstate the program to its pre-September 5, 2017 status meaning that it must accept first time applications for DACA. At this time USCIS has not issued guidance or updated their website to reflect this information. Thus, it remains unclear how USCIS will process initial applications.

First time applicants who are interested in applying should consult an attorney or accredited representative to get an individualized assessment on their DACA eligibility and any potential risks before applying. If USCIS does not accept initial applications despite today’s ruling, legal action may be brought to make USCIS comply with the court’s decision.

Will DACA Be Terminated in the Future?

The Trump administration will likely continue its efforts to terminate DACA given that the U.S. Supreme Court wrote in their opinion that although the government violated the APA when it rescinded DACA in 2017, that it could rescind DACA if it had complied with the law in doing so. The President is well aware that he has the power to do so, if he goes through the appropriate avenues. However, rescinding DACA would take time. As you know, time is not on the President’s side as we get closer to the last year of his presidential term.

What are the Requirements to Apply for DACA for the First Time?

Generally, individuals who can show they meet the following guidelines may be eligible to apply for DACA:

What Information and Evidence Are Needed to Submit an Initial DACA Application?

An applicant for initial DACA application must provide extensive evidence to show he or she meets all the requirements of the program. Applicants will need to submit evidence that proves their age, identity, their physical presence, and their fulfillment of the education requirement. In addition, individuals will need to complete an application which asks for physical addresses, educational information, and criminal history.

Detailed information about the examples of documents you can provide to demonstrate that you meet the guidelines is available on the USCIS DACA webpage and the Form I-821D Instructions.

Photo of girl: by Roi Dimor on Unsplash

What is an EDD Number? An EDD Customer Account Number is the 10-digit state unemployment insurance identification number that the Employment Development Department of California assigns to a … END_OF_DOCUMENT_TOKEN_TO_BE_REPLACED

As an immigration attorney, I try to provide clients with a basic, yet insightful, understanding of various aspects of a complex immigration system. It’s not always easy, but I often find analogies to … END_OF_DOCUMENT_TOKEN_TO_BE_REPLACED