When Kamala Harris’s mother left India for California in 1958, the percentage of Americans who were immigrants was at its lowest point in over a century.

That was about to change.

Her arrival at Berkeley as a young graduate student — and that of another student, an immigrant from Jamaica whom she would marry — was the beginning of a historic wave of immigration from outside Europe that would transform the United States in ways its leaders never imagined. Now, the American-born children of these immigrants — people like Ms. Harris — are the face of this country’s demographic future.

Joseph R. Biden Jr.’s choice of Ms. Harris as his running mate has been celebrated as a milestone because she is the first Black woman and the first of Indian descent in American history to be on a major party’s presidential ticket. But her selection also highlights a remarkable shift in this country: the rise of a new wave of children of immigrants, or second-generation Americans, as a growing political and cultural force, different from any that has come before.

The last major influx of immigrants, in the late 19th and early 20th centuries, came primarily from Eastern and Southern Europe. This time the surge comes from around the world, from India and Jamaica to China and Mexico and beyond.

In California, the state where Ms. Harris grew up and which she now represents in the Senate, about half of all children come from immigrant homes. Nationwide, for the first time in this country’s history, whites make up less than half of the population under the age of 16, the Brookings Institution has found; the trend is driven by larger numbers of Asians, Hispanics and people who are multiracial.

At 55, Ms. Harris is on the older side of this second generation of Americans whose parents came in those early years. But her family is part of a larger trend that has broad implications for the country’s identity, transforming a mostly white baby-boomer society into a multiethnic and racial patchwork.

Because of the influx of immigrants from outside Europe and their children, every successive generation in America in the past half-century has been less white than the one before: Boomers are 71.6 percent white, Millennials are 55 percent white, and post-Gen Z, those born after 2012, are 49.6 percent white, according William Frey, a demographer at the Brookings Institution.

“The demography is moving forward,” said Marcelo Suarez-Orozco, chancellor at the University of Massachusetts, Boston, who has studied these modern children of immigrants from the Caribbean, China, Central America, and Mexico. “This is the future in the U.S.”

The immigrants who arrived about fifty years ago — people from countries like India, China and Korea — often had higher education, but rarely went into politics. Their children, now middle-aged adults, are the ones moving into American public life.

“When my parents came, it was like, ‘we just want to make it,’” said Suhas Subramanyam, who was born to Indian parents in Houston in the 1980s and in 2019 became the first Indian-American to be elected to the Virginia House of Delegates. “But the second generation, we want to make our mark on the world. I wanted to do more than just work at a law firm and make money. I feel very patriotic about America.”

These changes trace back the passage of the landmark 1965 Immigration and Nationality Act, which abolished the quotas that were established in the 1920s to keep America white and Protestant. The 1965 law banned discrimination based on ethnicity in the immigration system and prioritized entry for people with relatives already in the United States and those with special skills.

Amber Simon’s Jamaican mother came to the United States in 1984 at the invitation of an aunt. She eventually married a Black man from Alabama, and Ms. Simon, now 24, remembers growing up in Tampa, Fla. and feeling that her friends’ houses were different. They did not take off their shoes or have the same kind of respect for their parents that was the rule in her Jamaican household. 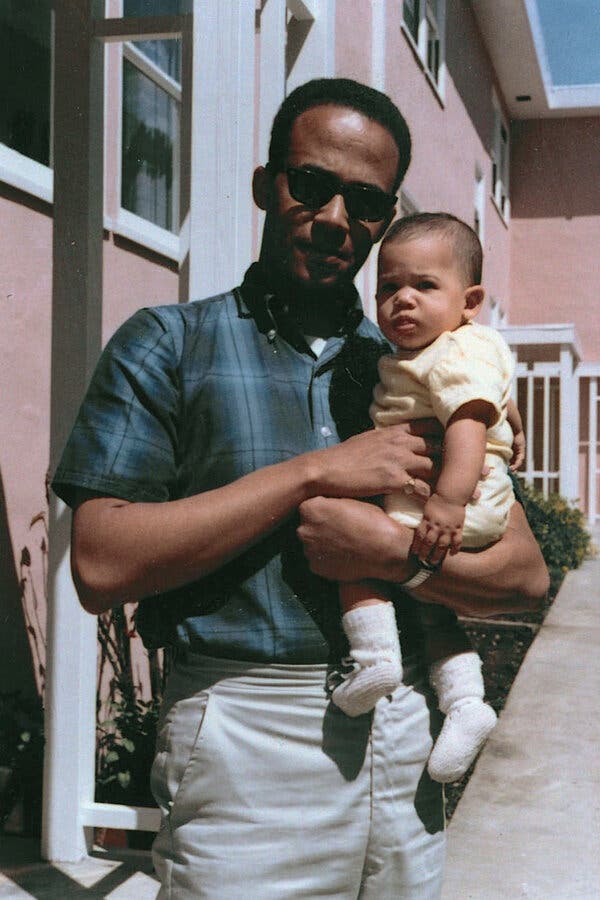 “I always say, if my Mom can overcome the obstacles she’s faced as an immigrant, there’s absolutely no reason I can’t have the success that I dream of,” said Ms. Simon, who is beginning an M.B.A. program next month. “There’s no excuse for me to not be exactly where I want to be in life.”

In 1970, when Ms. Harris was growing up and the effects of the 1965 law were not felt fully yet, America was still mostly a country of Black and white. Immigrants were less than 5 percent of the population. Ms. Harris’ parents divorced when she was 5, and her mother raised Ms. Harris and her sister as Black girls, because she knew American society would see them that way.

“My mother understood very well that she was raising two Black daughters,” Ms. Harris wrote in her book, “The Truths We Hold.”

Navigating the divide between Black and white can be difficult for the children of immigrants who are neither. Ghazala Hashmi grew up in southern Georgia, in the only Indian family in her small town. Her father had brought the family there after finishing his doctorate in the late 1960s.

“We were a minority of one in our school, always,” said Ms. Hashmi, 56, who is now a state senator in Virginia. “I never knew anybody who was like me. It was extremely isolating.”

Ms. Hashmi was in second grade when her school began to be integrated. She has clear memories of the awkward feeling of not fitting into a neat racial category, in a country where people clearly wanted to put her in one.

“I was very conscious as a child of being neither Black nor white,” she said. “The white children would not play with the Black children, and apparently I could play with either. Sometimes I could mediate. It was very formative to be part of that as an immigrant and a child of the South.”

Eventually more families came, and by the time her sister was born eight years later, there were more South Asian children to play with.

Last fall, Ms. Hashmi, a former literature professor and a Democrat, flipped a State Senate seat in central Virginia. The tagline for her campaign, she said, was “Ghazala Hashmi is an American name.”

Ghazala Hashmi delivers her victory speech after winning a seat in the Virginia Senate in November.

“I really needed people to understand that there was a more complex America that was growing,” she said, “that my name was part of a new American identity that had been emerging for 40 years, and we just hadn’t been conscious of it.”

These children of immigrants are mostly better off economically than immigrants. They earn more, are more educated, and are more likely to own a home, according to a 2013 Pew report. And they are more likely to marry a person of another race: Interracial marriage rates are especially high for second-generation Hispanics, at 26 percent, and among Asians, 23 percent, Pew found.

The cultural clout of immigrant families is set to grow even more given that America’s population is now growing at its lowest rate since 1919, because of a drop in births and an acceleration in deaths. If current trends continue, 93 percent of the growth of the nation’s working-age population between now and 2050 will be accounted for by immigrants and their U.S.-born children, Pew projected.

They are also a growing political force: More than 23 million immigrants will be eligible to vote in the 2020 presidential election, Pew has found. That is roughly 10 percent of the nation’s overall electorate, a record high. And because they and their children have tended to vote for Democrats, the political winds are shifting in states like Arizona, Nevada, Virginia, Georgia and Texas.

Ashu Rai grew up in the 1970s about 70 miles east of where Ms. Harris was born. Her town had a Sikh temple that was a gathering place for South Asians from miles around. As a child, she played on the grass outside and went to potluck suppers at people’s houses after worship. But South Asians were still rare in her suburban life, and for a while as a teenager, Ms. Rai pretended to be Hispanic.

“It was just easier to assimilate, rather than trying to explain what being from India meant,” said Ms. Rai, whose Indian parents went to Wyoming in 1969 to earn postgraduate degrees before moving to California.

Today Ms. Rai, a Democrat, feels proud of her Indian roots. She works in health care marketing, and organizes dance parties for L.G.B.T.Q. South Asians. She badly wanted Ms. Harris to win the presidential primary. So when the senator was picked for the ticket this week, Ms. Rai was elated.

Source: Kamala Harris, Daughter of Immigrants, Is the Face of America’s Demographic Shift

What is an EDD Number? An EDD Customer Account Number is the 10-digit state unemployment insurance identification number that the Employment Development Department of California assigns to a … END_OF_DOCUMENT_TOKEN_TO_BE_REPLACED

As an immigration attorney, I try to provide clients with a basic, yet insightful, understanding of various aspects of a complex immigration system. It’s not always easy, but I often find analogies to … END_OF_DOCUMENT_TOKEN_TO_BE_REPLACED