Q Can I ask a question on the wall, How’s it looking?

Q Mr. President, with all the problems that we’re facing right now, why are you determined to end DACA at this time – with unemployment, with COVID?

Q Is there a message for DREAMERS?

THE PRESIDENT: So, we’re going to — yeah. The message is: Put your chin up. Good things are going to happen. You’ll watch. Okay?

Q Why was the suspension on green cards necessary?

THE PRESIDENT: You have to talk up.

Q Suspension on green cards: Why was it necessary?

THE PRESIDENT: So we want to give jobs to Americans right now. Right now we want jobs going to Americans.

Any other questions? Okay. Thank you all very much.

“We’re going to build a wall” – it’s something we’ve heard Donald Trump say many times since he started presidency.

Despite the border wall becoming a controversial topic, President Trump continued to find ways to complete his project while nearing the end of his term.

What is the status of the wall?

The US-Mexico border is 1,954 miles (3,145km) long and crosses vast deserts and mountains in California, Arizona, New Mexico, and Texas. About 654 miles of that have some sort of manmade barriers, such as fencing or a wall. President Donald J Trump insists on building this wall while nobody really wants to help fund it. This day marked the 216 miles of the border wall, well shy of the 450 miles he has pledged to finish by the end of this 2020. A report Friday by Customs and Border Protection shows that since Trump took office in 2017, $15 billion has been budgeted for about 738 miles of wall.

How much does the wall really cost?

What exactly is “the wall” and why is the president so intent on getting the billions to fund it?

“This is the most important issue facing our nation. Our border must be secured,” Rep. Paul Gosar, R-Prescott, said in a statement Monday. “Yuma is on the front lines of this defense and I am proud to have supported additional border security.”

Those who are against the wall say:

Obama on Trump Wall: ‘Good luck with that’ 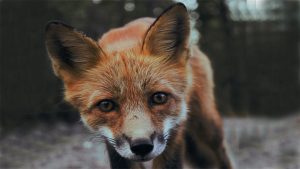 How does the Wall affect the environment?

How does Mexico feel about the Wall?

Here is part of the transcript of the call between Mr. Trump and Mexican President Enrique Pena Nieto, which took place on January 27, 2017, and lasted 53 minutes.

Trump: How are you, Mr. President?

Pena Nieto: I am good. How are you? It is good to speak with you. Let me switch to Spanish so I will be more comfortable.

Trump: Yes, that would be fine, Enrique.

Pena Nieto: President Trump, I am very glad to hear from you and I know we have had a point of difference that has complicated the situation. Let me tell you clearly what I think is now happening in the route of reaching an agreement between our two nations. The first thing I want to say is that I highly appreciate the openness of your team and the willingness of your team to work to open a new framework between our two countries.

Pena Nieto: Yes, and I want to also thank you personally for what you said last Wednesday on the importance of Mexico to have a strong economy, and also the responsibility our administration has accepted to stop illegal trafficking of weapons and money coming into Mexico. However, we have found an issue here that marks differences and this is nothing new, Mr. President.

I think that since your visit we have spoken about this and this is what I want to talk about, this difference. Let me tell you, Mr. President, this is not a personal difference. It has nothing to do with you personally, Mr. President.

”But it is unthinkable that I cannot ignore this because we find this completely unacceptable for Mexicans to pay for the wall that you are thinking of building.”

Despite many who are against the wall, the Trump administration continues to pump money into the border wall, arrests of migrants have declined dramatically compared to 2019, and new restrictions related to the coronavirus continue to prevent migrants and asylum seekers from entering the U.S.

In May, Border Patrol arrested more than 21,475 people along the Southern border, according to the latest available data. Of those detained, 19,707 were expelled from the US under a public health order in March.

What is an EDD Number? An EDD Customer Account Number is the 10-digit state unemployment insurance identification number that the Employment Development Department of California assigns to a … END_OF_DOCUMENT_TOKEN_TO_BE_REPLACED

As an immigration attorney, I try to provide clients with a basic, yet insightful, understanding of various aspects of a complex immigration system. It’s not always easy, but I often find analogies to … END_OF_DOCUMENT_TOKEN_TO_BE_REPLACED