US Representative John Lewis passed away late Friday from pancreatic cancer. He was 80 years old.

He was born in Alabama in 1940, the son of sharecroppers. As a student at Fisk University in Tennessee, he organized sit-ins at segregated lunch counters. He was one of the original thirteen Freedom Riders, Black and white activists who challenged segregation at interstate bus terminals throughout the American South. He was chairman of the Student Nonviolent Coordinating Committee (SNCC), which organized student activism as part of the civil rights movement. At the age of 23 he was one of the keynote speakers at the March on Washington in 1963, where he told the crowd, “We must say: ‘Wake up, America. Wake up!’ For we cannot stop, and we will not and cannot be patient.” 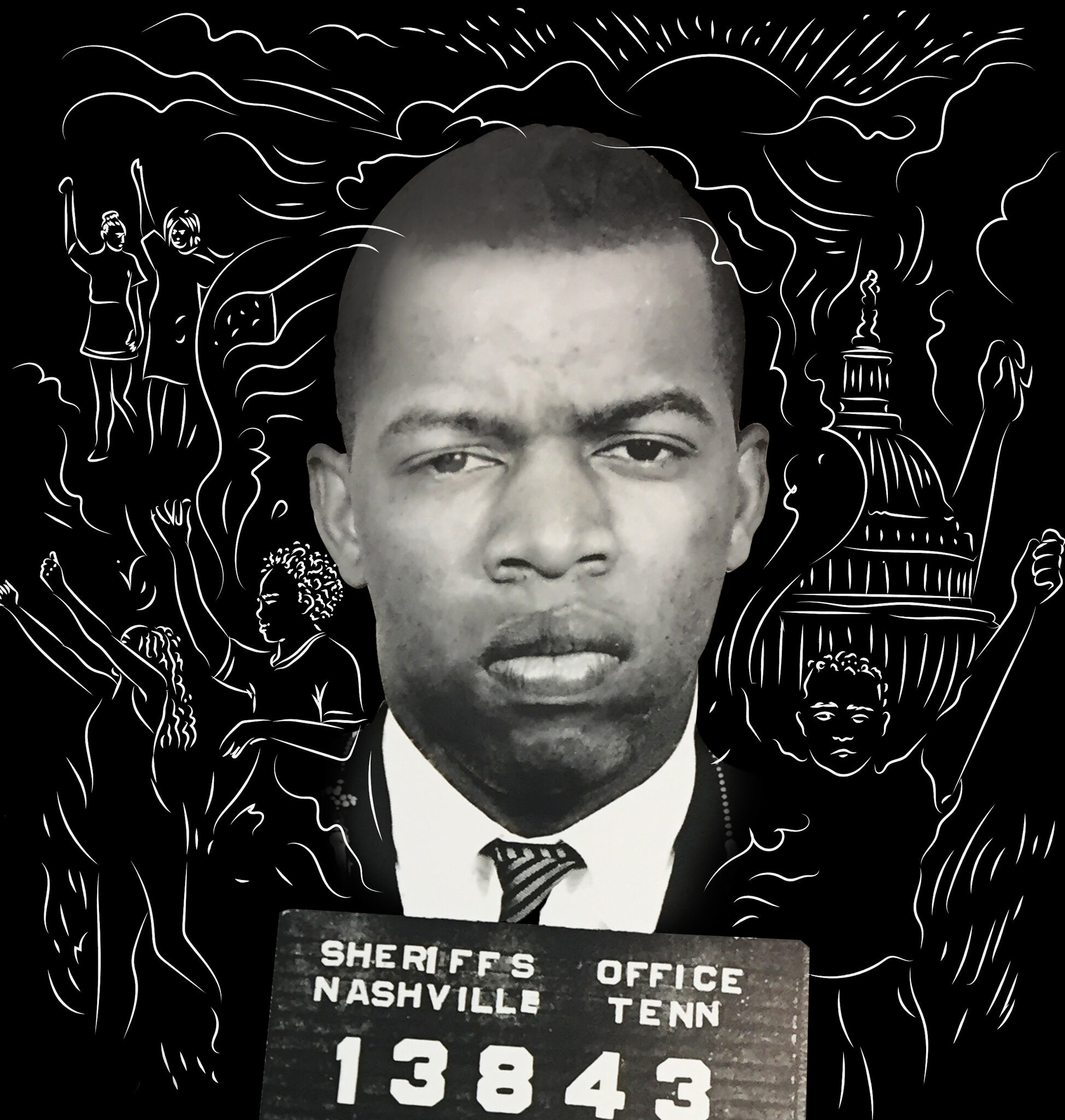 In March of 1965 he helped coordinate and lead a march of peaceful protestors across the Edmund Pettus Bridge in Selma, Alabama, as part of a voting rights demonstration. The marchers were brutally attacked by state troopers, during which Lewis’ skull was cracked by a trooper wielding a billy club. The demonstration came to be known as Bloody Sunday, and news reports of the attack led to Congress and President Lyndon Johnson passing the Voting Rights Act later that year.

Lewis ran for Congress in 1986 and was elected to represent Georgia’s Fifth District, which encompasses much of Atlanta.

His tenure continued to be marked by the activism and protest of his early years, including being arrested several times while participating in protests in Washington D.C. He was inspired by the scope of the recent protests that blossomed across the nation in the wake of the murder of George Floyd by Minneapolis police officers in May. He said in an interview in June, “It was very moving, very moving to see hundreds of thousands of people from all over America and around the world take to the streets — to speak up, to speak out, to get into what I call ‘good trouble’.”

He received numerous awards for his work, including the United States’ highest civilian honor, the Presidential Medal of Freedom, awarded by Barack Obama in 2011. President Obama said at the ceremony, “When parents teach their children what is meant by courage, the story of John Lewis will come to mind — an American who knew that change could not wait for some other person or some other time; whose life is a lesson in the fierce urgency of now. He was known by colleagues on both sides of the aisle as the Conscience of the Congress. Speaker of the House Nancy Pelosi issued a statement Friday in which she hoped Lewis’ memory might “be an inspiration that moves us all to, in the face of injustice, make ‘good trouble, necessary trouble’.”

Lewis refused to attend President Trump’s inauguration in 2017, questioning the legitimacy of the election in the face of reports of Russian interference. As of press time, Trump had not commented on Lewis’ passing.

What is an EDD Number? An EDD Customer Account Number is the 10-digit state unemployment insurance identification number that the Employment Development Department of California assigns to a … END_OF_DOCUMENT_TOKEN_TO_BE_REPLACED

As an immigration attorney, I try to provide clients with a basic, yet insightful, understanding of various aspects of a complex immigration system. It’s not always easy, but I often find analogies to … END_OF_DOCUMENT_TOKEN_TO_BE_REPLACED